There is a lot to see and do in San Diego.  There is no doubt about it.

With all the options, I know it is not easy to choose what to do or where to go.  But, if you visit La Jolla (and believe me, you want to go there), you are minutes ago from the spectacular Cabrillo National Monument.

This place, that many have not heard about, affords awesome views of the San Diego Bay and gets deep into the history of the first European to navigate the coast of California.

On this article, I am showing you what to expect when visiting Cabrillo National Monument.  It is my hope you get the desire to visit!

A Bit of History

The Gulf of California was discovered in 1539 by Francisco de Ulloa, an explorer commissioned by Hernan Cortes.

After that discovery, the Spanish crown was interested in finding a route to Asia (they didn’t have an idea of the extent of the Pacific Ocean) and/or claiming lands full of gold.

In 1542, the Viceroy of New Spain gave Juan Rodriguez Cabrillo command over the vessels of a deceased conquistador (Pedro de Alvarado).  The mission was simple: sail north and explore the coast of New Spain.

Cabrillo left from Navidad (Jalisco) and quickly moved into territories where no European had been before.  About three months after his departure, a port described as “closed and very good” was entered. He called it San Miguel and we know it nowadays as San Diego. 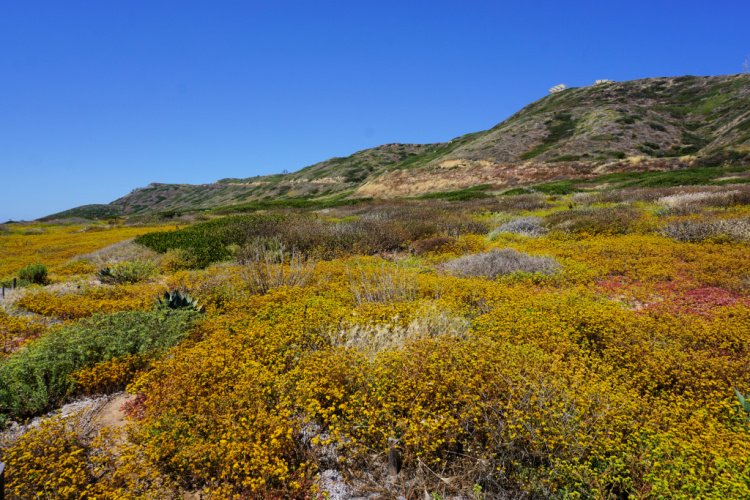 After almost a year of dangers, storms, vessel disappearance and complications at sea, the expedition returned to Navidad.  At that time, it was considered a failure. No gold or route to Asia was discovered. 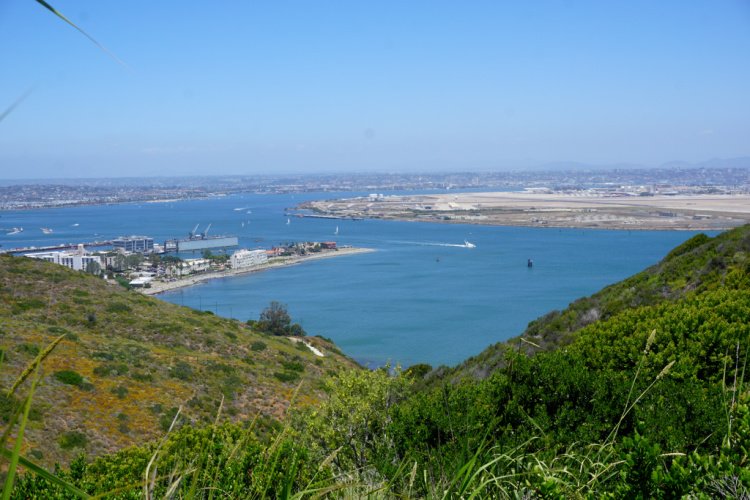 With time, the importance of what Cabrillo did was understood.  Because of his expedition, Spain was able to claim over 800 miles of coastline.  Knowledge of the landmarks, winds, and currents discovered by Cabrillo helped with the establishment of trading routes years later.

In 1913, a presidential proclamation reserved some land in Point Loma to commemorate the area where Europeans set foot for the first time in what is known today as the West Coast of the United States.  A larger than life statue of the discoverer was donated by the Portuguese government (because Cabrillo was believed to be Portuguese, I visited the Monument recently and there is a plaque explaining he was born on Southern Spain).

Today, the statue of Cabrillo overlooks the San Diego skyline, Coronado Island and the entrance of the harbor.  It is the perfect place to imagine how early explorers felt when surveying new lands. 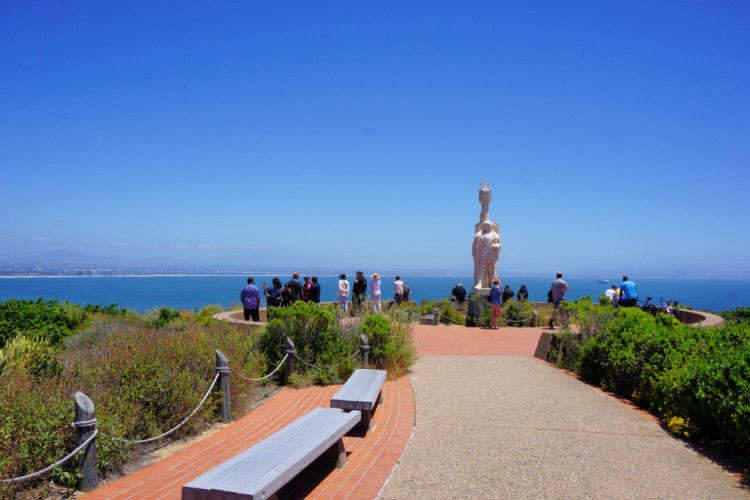 But, don’t worry, this National Monument consists of more than a statue placed in a beautiful viewpoint.

The visitor center has park information, exhibits, films, panoramic harbor views, and a store.  Stop by if you are interested in learning more about life during the Conquest time.

In 1851, a headland (Point Loma) standing 422 feet above sea level was selected to be the site of a navigation aid.  At that time, it seemed like the ideal location.

The lighthouse welcomed sailors to the San Diego harbor for 36 years.  A new light station was built at the bottom of the hill in 1891.  Why the original lighthouse was discontinued?

Because of the height, the light was often obscured by fog and low clouds (a problem that is not that bad at lower elevations).

The lighthouse, the keepers’ rooms, the assistant keeper’s quarters and the original lenses are on display to the public.

This newer facility is not open to the public but can be seen from the top of the cliffs were the Old Lighthouse is located or from the road leading to the tidepools.

This trail descends about 300 feet thru native coastal scrub, passing remnants of the defense system that protected the harbor during World Wars I and II.  The trail length is 2.5 miles roundtrip.

The Kelp Forest and Whale Overlook

This overlook south of the old lighthouse provides some information about the maritime wildlife that moves around San Diego’s waters.  In season, people stand there trying to catch a glimpse of gray whales passing by.

All of the sites I have previously described are within walking distance of each other.  To access the National Monument tidepool area, you have to drive a road which takes you to the bottom of the Point Loma promontory.  Everything is properly signalized. Therefore, there is no way to miss the signs directing you to the road.

Make sure to take some time to explore this habitat.  It is not only about the tidepools. This is an opportunity to take a look at an absolutely gorgeous piece of coast.  Your eyes will not believe the layers of rocks, the caves, the big boulders, the vivid colors and the many birds flying around.

After parking, you can start walking in the north direction and encounter carved cliffs exploding with colors.  It is like somebody cut the stones with precision and stacked the resulting layers one over another.

There are also caves, boulders, patches of vegetation, wildflowers and plenty of birds.  Other parts are reminiscent of Badlands (or what I like to call melting badlands). The waves in here can be strong.  Therefore, never give loose sight of the ocean.

The exact address is 1800 Cabrillo Memorial Drive, San Diego.  However, you can enter “Cabrillo National Monument” or “Cabrillo Monument” on your GPS.  There are many signs pointing to the site along the Point Loma Peninsula.

There may not be a cell-phone signal at the tidepool area.

This is mainly an outdoors attraction.  Do not forget essentials such as sunblock, glasses and a hat.

What to Eat Near the Cabrillo National Monument

The selection of food for purchase at the Cabrillo National Monument is limited.  On-site, you would be able to get water, some drinks, and small snacks.

Ocean Beach and Liberty Station count with a fantastic selection of restaurants too.  In Ocean Beach make sure to stop by Hodad’s (for mega burgers), OB Noodle House and Azucar (a Cuban bakery).

Fort Rosecrans National Cemetery – Impressive cemetery honoring service men and women fallen in battle.  You can visit the different memorials and enjoy the monumental views. This is a truly unique place.

Sunset Cliffs Natural Park – Coastal walk, full of cliffs, caves, and coves, located on the western side of the Point Loma Peninsula.

Ocean Beach – I describe this place as the alternative beach in San Diego.  If you are familiar with Los Angeles, this is the Venice Beach of San Diego.  This neighborhood is full of restaurants, breweries, shops, a pier, and tidepools.  Super fun area to relax and feel the good vibes.

Liberty Station – At the moment, this is one of my favorite areas of San Diego.  I can’t get enough of the Public Market, THE LOT and the Corvette Diner.

150+ Places to Go in Orange County

Places to Visit in Santa Barbara

Have you been to the Cabrillo National Monument? 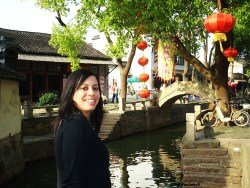